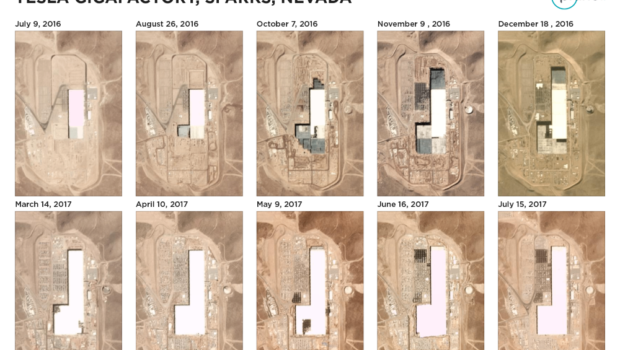 This story about Tesla and the Gigafactory was first published on Gas2.

If it seems like there is more news about Tesla than any other car company, that’s only because it’s true. More new stuff swirls around the Land of Tesla every day than at most companies in a month — or a year! As the Model 3 nears its first public showing later this week, Tesla is making one move designed to further separate the Model S from its lower priced sibling. It is discontinuing the entry level Model S 75 with rear-wheel drive. 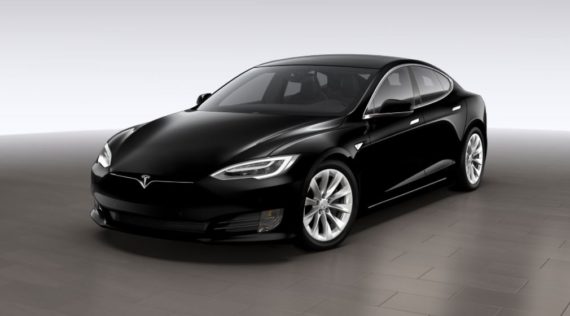 You can still order the car for September delivery, but you better act fast. Once the factory pulls the plug on that car, every vehicle in the Model S and Model X lineup will be built with dual motors. The decision means the base price of a Model S will climb to $74,500 — more than double the base price of the Model 3. Only rear-wheel-drive versions of Tesla’s new midsize car will be available at first, as the factory seeks to limit the number of options available to make production as simple and efficient as possible.

Genscape is a company that tracks hundreds of industrial enterprises using drone videos and other proprietary tracking techniques. You can view footage of the progress at the Tesla Gigafactory in Sparks, Nevada, in its new video. The place is starting to look really huge, and construction continues at a rapid pace. It reports that 1,500 Model 3 battery packs have left the Gigafactory and are on their way to Fremont, California, where they will be installed in Model 3 sedans.

“Genscape has the real-time answers on how effectively Tesla is executing on its ambitious goals. Using an array of patented proprietary monitoring techniques, Genscape is tracking and estimating the daily battery production at the Tesla Gigafactory that is fueling the Model 3 electric vehicle production ramp-up at Tesla’s Fremont Vehicle Plant.

“In addition to monitoring battery pack production, Genscape is also measuring the ramp-up in electric power consumption by the Tesla Gigafactory as construction progresses and additional battery production lines are brought online and tested. Genscape is closely watching ongoing construction progress of the massive modular facility, via daily satellite imagery courtesy of Planet Labs, and making all the real-time information gathered from various independent monitoring sources available to its customers.” 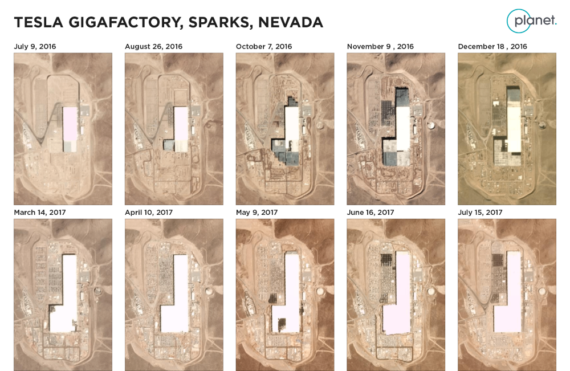 Genscape even knows when those Model 3 battery packs were produced — although, how it gets its information is shrouded in secrecy. According to the chart below, production began in February, resumed in April for a week, and really started going strong in June. Presumably, the battery cells produced in those other weeks were used for other purposes, like Tesla’s residential and grid-scale battery storage products.

One final note: Elon tweeted that Teslas equipped with Continental’s ContiSportContact 5p tires are filled with a special polyurethane foam that lowers sound levels transmitted from the tires to the interior of the car by 9 dB, further enhancing the hushed serenity Tesla drivers get to enjoy compared to conventional cars.

That’s it for today. Tune in tomorrow for more Tesla news.

Check out our new 93-page EV report, based on over 2,000 surveys collected from EV drivers in 49 of 50 US states, 26 European countries, and 9 Canadian provinces.

Steve Hanley writes about the interface between technology and sustainability from his home in Rhode Island. You can follow him on Google + and on Twitter. "There may be times when we are powerless to prevent injustice, but there must never be a time when we fail to protest." Elie Wiesel

Taking the Genomic Revolution to Corn Fields to Improve CropsUncategorized
Delivery in the UAE? This…Uncategorized