The drone crackdown: if a trained eagle can’t stop them, what will? – The Guardian

Drones (non-military) The drone crackdown: if a trained eagle can't stop them, what will?

From computer programming and guns that fire giant nets to well-trained birds of prey, previous attempts to stop the rogue use of consumer drones have been nothing if not original.

But for all that creativity, the authorities have been left behind. And on Thursday, as an unknown operator succeeded in shutting down Gatwick airport for at least 18 hours by flying drones around the airport’s protected airspace, the slow pace of progress was highlighted again.

Regulators, police and defence experts are hoping to close that gap as they seek to deal with the rapid proliferation of drones, which have upended conventional thinking in fields as varied as aviation, prison security, and guerrilla warfare in the Middle East.

In the UK, new rules first announced in July 2017 will finally be implemented in November 2019, requiring individuals to register with the government when they purchase drones weighing more than 250g (8.8oz), and be tested on their piloting skills and knowledge of the law before they are allowed to fly the devices.

Until then, the acquisition of drones, also known as Unmanned Aerial Vehicles (UAVs), remains essentially unregulated for aircraft under 20kg (44lb). New laws put in place in July 2018 ban operators from flying higher than 400ft (122 metres), or within 1km (0.6miles) of an airport boundary, and existing rules prohibit certain commercial use of the technology without a licence.

“Regulators move more slowly than technology,” said Ed Leon Klinger, the chief executive of Flock, which provides insurance policies and risk analysis for drone pilots. “The drone industry is advancing quickly. The year-on-year growth in sales is absolutely phenomenal, and regulators are trying to play catch-up with emerging technology.

“But I have trust in the regulators as it stands, having worked with them, that the rules they put in place, alongside the anti-drone technologies, will enable us as a society to solve the problems that have been caused. And, overall, the drone industry will bring more good than harm.”

The aviation minister, Liz Sugg, emphasised that the specific actions of the Gatwick drone operator are already illegal, regardless of forthcoming changes in the law. “These drones have been flown illegally and the operators, who have acted incredibly irresponsibly, could face up to five years in jail,” she said. “We are in close contact with Gatwick airport as they work with police to safely resolve the situation as quickly as possible.”

Beyond regulation, more immediate attempts to deal with problematic drone usage have also had variable levels of success.

One of the simplest involves simply throwing a net at the offending vehicle. The rotors of a quadcopter rapidly get tangled in the netting and the device plummets to the ground.

SkyWall, for instance, is a shoulder-mounted, air-powered cannon that launches small nets directly at offending drones. Its Northumberland-based manufacturer, OpenWorks Engineering, first showed the device in 2016, and it was later deployed in Berlin to protect Barack Obama during a presidential visit.

Michigan Technological University, for instance, has demonstrated an “octocopter” armed with a gun that fires a net to trap and carry off rogue drones. Not only does that approach work at altitude, it also protects the captured drone from plummeting to the ground, potentially causing injury or destroying evidence.

But in situations such as the Gatwick shutdown, where, according to Sussex police, “the devices used are of an industrial specification”, the weight of the captured drone may well overpower the drone hunter, sending both down to the ground.

Other approaches have been trialled that involve jamming the control signal to target drones, usually with a directional antenna, such as the IXI Dronekiller, advertised in April this year. The device sends out high-powered radio waves on the same frequencies as those used to control the drones, blocking the commands from the operator. For cheaper models, that results in the drone simply spinning out of control, while more sophisticated drones know to automatically return to their operator if they lose signal.

The lowest-tech approach has been trialled by Dutch police, who trained eagles to attack smaller UAVs, plucking them out of the sky with their talons. That approach was abandoned over fears of injuries to the birds from the rotors of larger drones.

One more successful regulatory approach has been to work with manufacturers to systematise a voluntary network of “no-go zones”, built into the control software of drones from companies such as DJI of China. Those block flight within a certain radius of sensitive areas such as stadiums, prisons and airports.

But, security researchers have warned, those limitations are simply software blocks, and savvy hackers can overcome them to restore a drone to full freedom, requiring a back-up line of defence against concerted attack.

In prisons across the UK, drones have wreaked havoc on the ability of authorities to control the distribution of contraband. Small UAVs carrying drugs, phones and other banned items can easily hop the fence of a prison and drop their cargo in the middle of the yard, or even hover outside a window for a pre-arranged rendezvous.

And in 2017, Islamic State started to weaponise commercial drones, like the fixed-wing X-8 UAV, made by Skywalker Technologies of China, and the Phantom quadcopter from DJI. A propaganda video from the group claimed to show one drone being used to drop a bomb on an Iraqi army tank. 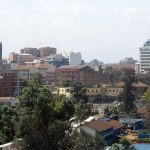