The drones are coming

When Transportation Secretary Elaine Chao earlier this year announced the 10 partnerships to be part of the Federal Aviation Administration's unmanned aircraft systems (UAS) program, she said the United States was at a "tipping" point with drones.

There were already 1 million active devices, with about 100,000 pilots having registered with the FAA.

"We've got to create a path forward for the safe integration of drones if our country is to remain a global aviation leader and reap the safety and economic benefits drones have to offer," Chao said in outlining the pilot program that extends to October 2020 and is meant to help develop regulations for drones.

The potential safety and economic benefits of drones are why package delivery and e-commerce firms are among those that have started experimenting with them as part of their overall operations.

Amazon was one of the first to test package delivery via drone. In December 2016, it took just 13 minutes from order completion to delivery via the Prime Air system, designed to get small packages to consumers in under 30 minutes.

While testing remains in the early stages, this past summer the company received a patent for product-distribution warehouses that float in the sky and are carried and held aloft by blimps. It is part of Amazon's plan to move toward more drone deliveries from ground-based shipments. 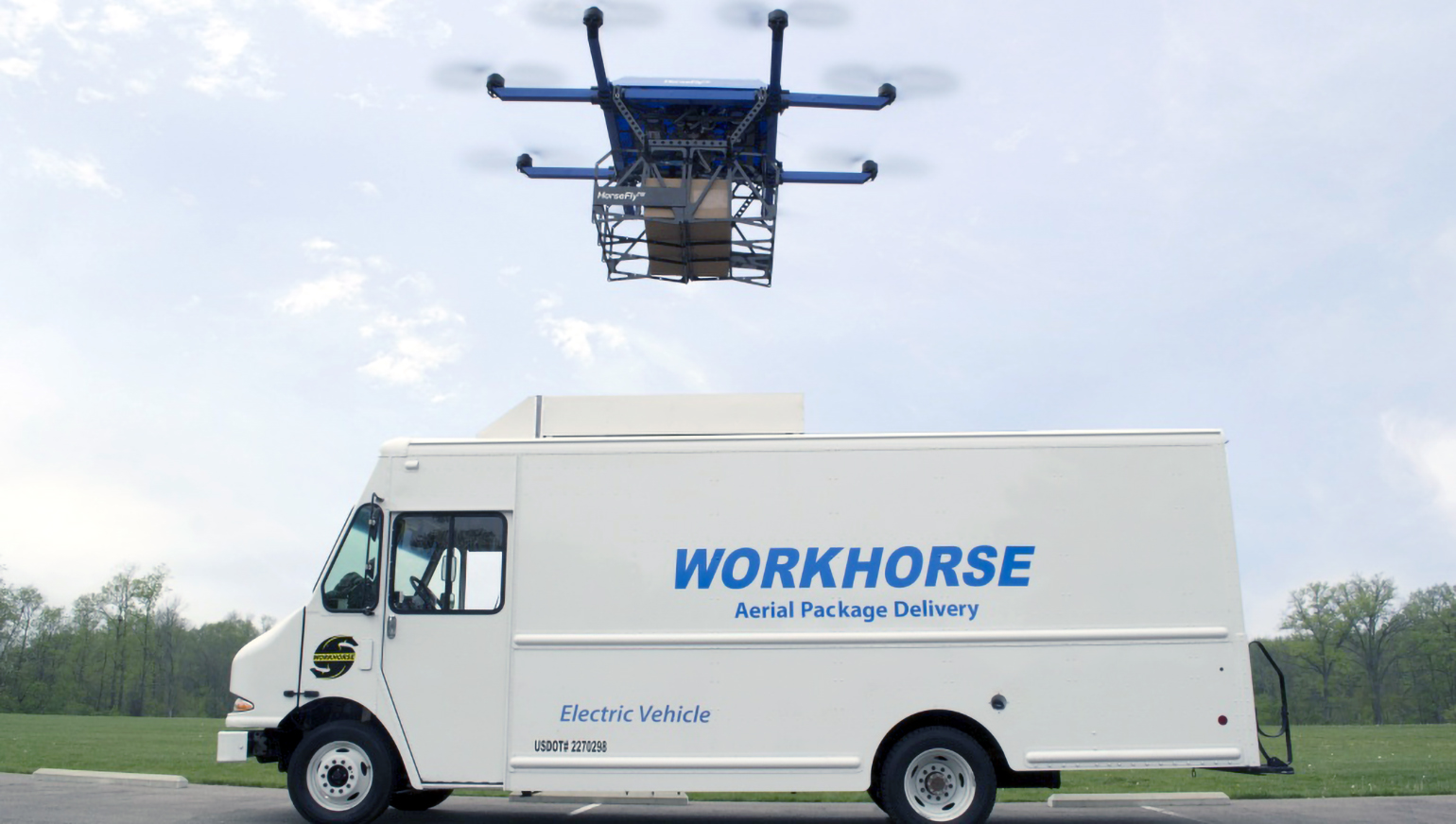 Workhorse has been testing drone delivery for years and is working on enhanced units that can fly in wind and adverse weather.

The floating warehouses, or aerial fulfillment centers (AFCs), "may be positioned at an altitude above a metropolitan area and be designed to maintain an inventory of items that may be purchased by a user and delivered to the user by a UAV that is deployed from the AFC," the patent document said.

Elsewhere, UPS in early 2017 made a successful delivery by drone in partnership with Workhorse, an Ohio manufacturer of the unmanned aircraft as well as electric and hybrid electric vans and pickups.

Additionally, FedEx Corp. is teaming with the Memphis-Shelby County Airport Authority in Tennessee as part of FAA's pilot program.

"We're very excited to be a part of it," said Glen Thomas, a spokesman with the Airport Authority. "We have four main areas of focus: aircraft inspections on the FedEx ramp, perimeter security monitoring, inspections of our security fence, and security control of the FedEx ramp. We'll be looking at how we create a safe atmosphere for drone activity."

FedEx already operates 250 cargo flights a day from the Memphis airport, the central hub of its operations.

"FedEx continues to be a leader in transportation technology that improves safety and efficiency for our team members, operations, and customers," company spokeswoman Maury Donahue said in a statement.

During UPS's testing, a drone delivers a package and returns to the electric Workhorse van. In the interim, the UPS driver makes a delivery along the route. The driver approves the drone's landing spot to ensure it will not hit a power line, tree, person, or animal. However, after being loaded and having its payload scanned, the drone is autonomous, flying to a pre-programmed location.

Workhorse calls its delivery drone the HorseFly. Between May and August of 2018, Workhorse delivered thank you packages five days a week to more than 100 subscribed households in the Cincinnati suburb of Loveland, OH. The drones in that program are in the process of being replaced by enhanced units that can fly in rain and snow.

"The industry is really taking off with new technology that will make it more reliable and safer," said Jeff Bennett, Workhorse's aerospace project manager.

Currently, HorseFly drones can deliver packages of up to 10 lbs. and fly for upwards of 40 minutes. Packages are winched down from 15 ft. in the air, so consumers don't have to worry about them getting stuck in a tree, or their kids or pets getting hit.

"Five years from now, we'll be seeing regular drone deliveries in rural locations," Bennett predicted. "In more populated neighborhoods, there will be a central location where drones drop off packages and you'll enter your code to get it. You'll be able to get your packages the same day. There'll be a reduced carbon footprint because the drone could leave the warehouse and go right to your door. Now the package has to be unloaded at the facility and go onto a truck."

According to UPS, a reduction of just one driver mile a day can save up to $50 million annually. UPS has about 66,000 drivers on the road every day and spokesman Kyle Peterson said they shouldn't worry about being replaced by drones.

"We believe drones could someday provide opportunities for network improvements that generate efficiencies and customer benefits that enable us to grow our business," Peterson said in a statement. "But drones cannot replace our uniformed service providers, who offer a level of service and human interaction that our customers tell us they value, respect, and trust." 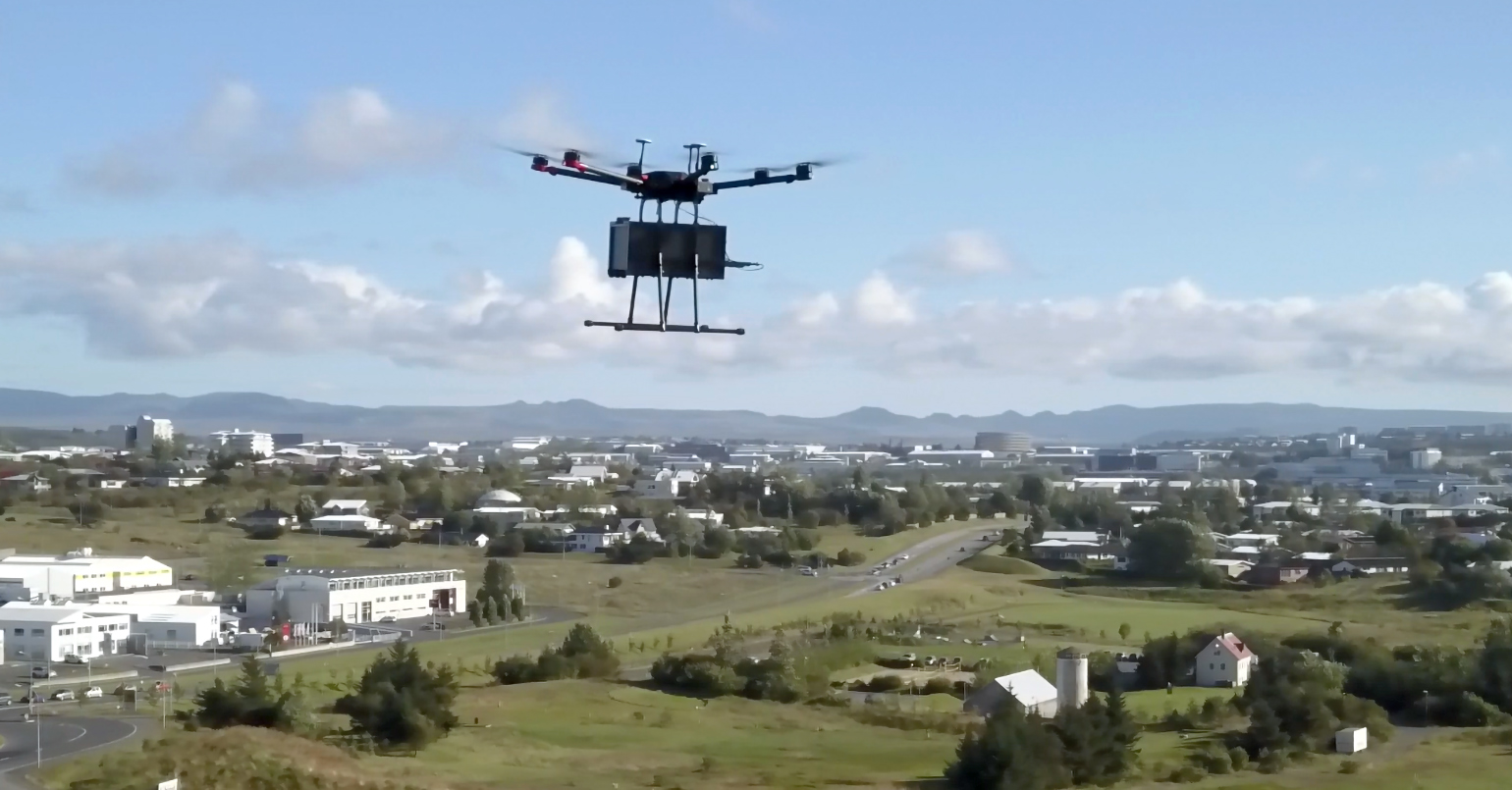 Drones can also likely improve and supplement parcel delivery in rural areas and to shared locations in cities.

Paul Enos, CEO of the Nevada Trucking Association, said drones one day may assist in freight deliveries but the industry shouldn't fear the advent of the devices. He underscored Peterson's point about customer service, saying, "If you're sending hundreds of thousands of dollars of freight down the road, you want to have somebody there."

"I'm looking forward to drones giving us more information about what's going on on our roads, identifying alternative routes or identifying places where you can pull over and park and take your mandated meal-and-rest break," he said. "Those improve the life of our drivers. "

James Van Meter, regional head of aviation programs and product development for insurance firm Allianz, noted that drones can also help with the utilization of equipment.

"A company that has trailers can have a drone fly over yards to see where they are and what's inside them, thanks to the ISR tags on top of the trailers whose barcodes get scanned," Van Meter explained. "These lots can be gigantic, with thousands of trailers and containers, so it would very helpful to know at any given time what's on the property and to be able to tell a driver where his next load is."

While Van Meter predicted small package and food delivery in less-populated areas will be common in the U.S. within a decade, he said not to expect drones to relieve trucks of larger deliveries.

Instead, drones will likely replace manned planes for such tasks as patrolling power lines and pipelines, ending the human risk and using much cheaper aircraft. Similarly, drones are already being used by public safety agencies during major fires or police surveillance in dangerous situations. 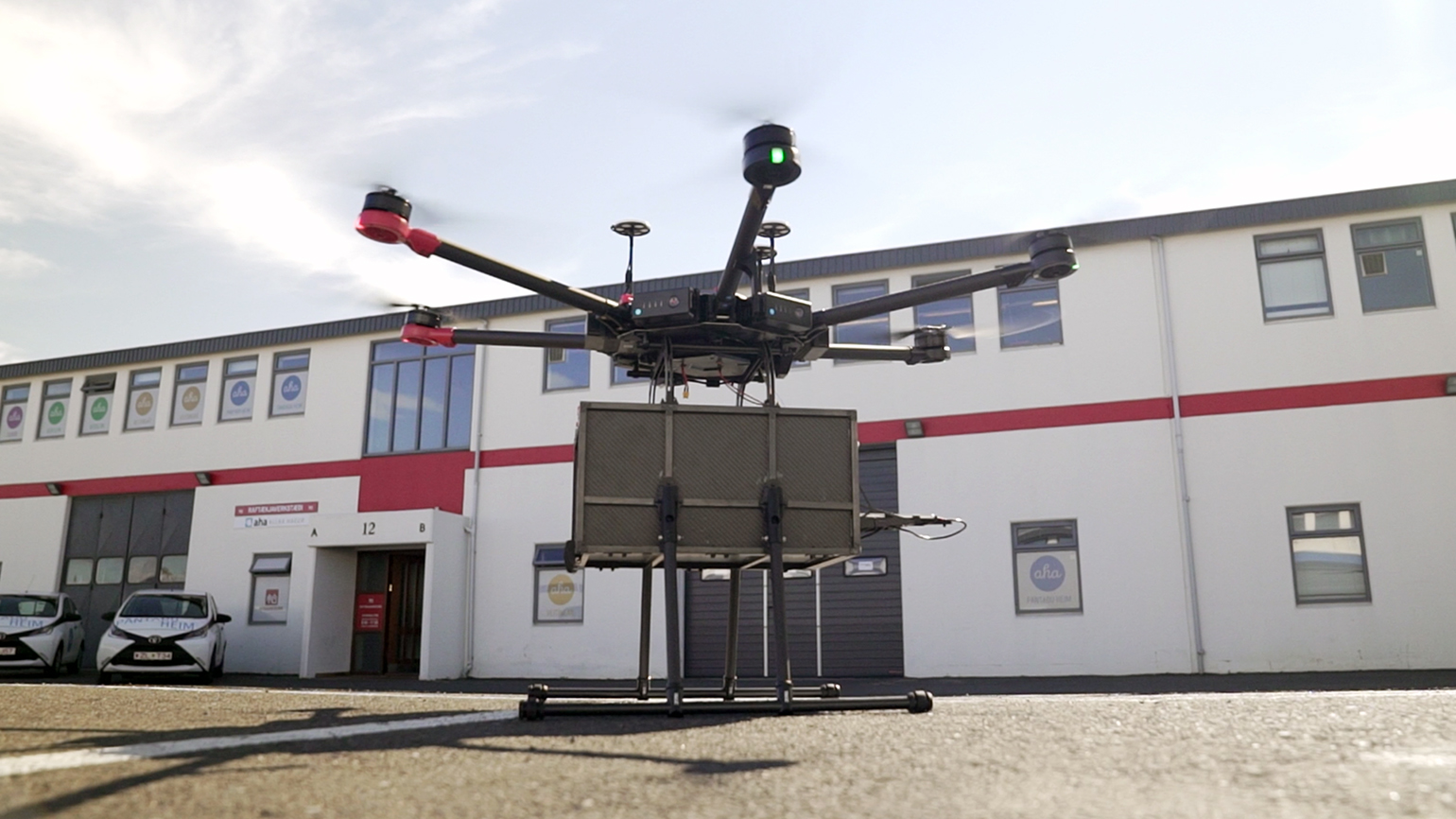 Rather than competing with delivery trucks, drones may provide more efficient on-demand delivery.

The city of Reno, NV, and local drone operator Flirtey are part of the FAA's program, chosen to deliver defibrillators to those who need them faster than they could arrive via ground transportation.

"We saw an opportunity to test a potentially life-saving tool," said Scott Gilles, Reno's legislative relations program manager. "Seconds and minutes matter when it comes to cardiac arrest, and if we can improve it with this new technology, why not?"

North Carolina's Dept. of Transportation (DOT) is partnering with Israeli drone operator Flytrex to deliver medical supplies between vendors and hospitals and has also employed them to help map accident scenes on interstates.

David Howard, chief deputy secretary of the North Carolina DOT, said he hopes by finding various ways to use drones that cities like Charlotte will "be at the forefront of where the innovation is going."

"When it comes to on-demand delivery, you can't beat drones," said Flytrex CEO Yariv Bash, whose company has also been making successful deliveries in Iceland.

"We're not competing with the FedEx truck with 120-140 packages," he added. "We're competing more in the on-demand market. If you can get your iPhone in 20 minutes instead of an hour and a half, that's a huge change. It's also safer. Every [delivery] car and scooter I take off the road can save lives. Plus, it's a lot cleaner, since drones are 100% electric." 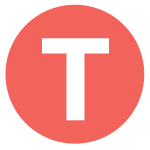