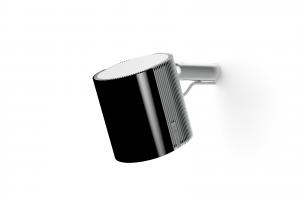 The Airport Terminal as seen by Outsight: the 3D Semantic Camera enables a much more precise understanding of the situation.

The fusion of multiple 3D Cameras in real-time enables a Shadow-less Situation Awareness.

LAS VEGAS, NEVADA, UNITED STATES, January 10, 2020 /EINPresswire.com/ — After an international competition, the ADP Group has announced that it has chosen Outsight's "3D Smart Monitoring" system to be used in two areas of Paris-Charles de Gaulle airport in the international Terminal 2E, including the baggage claim zone.
Outsight's "3D Smart Monitoring" offers a complete solution that merges information from several of its 3D Semantic Cameras. For example, Outsight’s technology provides detailed analyses of crowd flow, people flows and their interaction with airport devices. This solution is part of the ADP Group's Smart Airport project, which aims to smooth and optimize the passenger journey using new technologies.
One of the key elements of this technology is the Edge Privacy™ feature: the video stream doesn't leave the sensors. Because the calculations on the images are created on the device itself, it is completely autonomous in the analysis of the data captured, thus avoiding the transit of sensitive data via the networks.
Raul Bravo, President and Co-Founder of Outsight, said: "This first deployment at Paris Charles-de-Gaulle Airport, just a few months after the company's creation, demonstrates the relevance of our 3D perception approach in the context of improved operations and security. This first implementation follows a succession of announcements for Outsight, and can then be extended to other areas such as shopping malls and train stations."
Founded in 2019 by Cédric Hutchings and Raul Bravo, Outsight recently unveiled its Semantic 3D Camera in September at Autosens, the world Mecca for autonomous cars. Outsight’s 3D Semantic Camera is at the heart of a growing ecosystem for smart monitoring and autonomous vehicles.
CES 2020 has awarded Outsight with the prestigious Best of CES Innovations Award 2020 as well as the CES 2020 Honoree Award. Outsight has secured a variety of partnerships with major manufacturers such as Faurecia, with whom Outsight recently announced a collaboration on automotive applications and the Safran Group, a multinational high-tech company with whom Outsight has just announced its partnership to accelerate autonomous solutions development. Outsight has also begun working with several other industry leaders in other markets. The young start-up raised a record $20 million in seed funding.
"By combining software and hardware approaches against current practices, we were able to move very quickly and propose a concrete solution, new and directly integrable. Outsight offers a unique level of perception and understanding of the environment that responds to the growing need for better operations management and security in sensitive areas," explains Cedric Hutchings, CEO and co-founder of Outsight.
The company currently has two families of products: a 3D Smart Monitoring solution for wide-area premises such as airports, malls, and venues, and a specific version for Vehicles, such as cars and off-road mobile robots.
The 3D Smart Monitoring solution enables operational awareness, higher efficiency and provides valuable insights into people flow and asset utilization to operators of large premises. Due to the fusion of multiple 3D Cameras operating in real-time, Outsight delivers a shadowless premises-wide perception for large locations such as airports and shopping centers.
In its vehicle version, this sensor will provide new levels of safety and reliability for currently man-controlled machines such as Level 1-3 ADAS (Advanced Driving Assistance Systems), construction/mining equipment, planes and more. This technology is set to accelerate the emergence of fully automated Smart Machines such as Level 4-5 self-driving cars, robots, drones and autonomous flying taxis, among others.
Outsight is uniquely positioned to capture the value of the Situation Awareness market.
Smart Monitoring, a multibillion-dollar market, currently dominated by 2D-based Video solutions (CCTV Cameras and 2D Video analytics), is rapidly growing. 3D sensing technology is bringing unique value to this market and unleashing new applications.
Outsight’s approach to simultaneous perception, localization and comprehension will bring unique value to these markets and will accelerate a smarter and safer world for end users.
About Outsight:
Outsight develops a 3D Semantic Camera, a revolutionary kind of sensor that brings Full Situation Awareness to Smart Machines. This sensor combines software and hardware to create sensor innovations such as remote material identification with comprehensive real-time 3D data processing. This technology provides an unprecedented and cost-efficient ability for systems to perceive, understand and ultimately interact with their surroundings in real-time. Outsight believes in making a smarter and safer world by empowering cars, drones, and robots with the superhuman capabilities provided by their 3D Semantic Camera. Their international team of scientists and engineers operates out of Paris, Helsinki and San Francisco.