Washington, March 22 (IANS) US President Donald Trump announced that he would nominate Michael Kratsios as the country’s Chief Technology Officer, a post that has been vacant since the beginning of the administration, the White House said.

Kratsios, 32, currently serves as the Deputy US Chief Technology Officer and Deputy Assistant to the President for Technology Policy.

Trump will tap Kratsios to be an associate director of the White House Office of Science and Technology Policy and designate him to be the Chief Technology Officer upon appointment, Xinhua news agency quoted the White House as saying on Thursday.

Kratsios has represented the administration as head of delegation at multiple international fora, including the G7 Technology and Innovation Ministerials in Turin, Italy, and Montreal, Canada, and the G20 Digital Economy Ministerial in Salta, Argentina, the White House said.

He has played a key role in the administration’s policies on 5G, national broadband, drones and Artificial Intelligence, it added.

The South Carolina native graduated from Princeton University in 2008 with a degree in political science and a certificate in Hellenic studies. He was a visiting scholar at China’s renowned Tsinghua University in Beijing.

Prior to joining Trump’s transition team in late 2016, Kratsios was a principal at Thiel Capital, a San Francisco-based investment management firm, and served as chief of staff to entrepreneur and venture capitalist Peter Thiel.

US Congress established the White House Office of Science and Technology Policy in 1976 to offer advice on the scientific, engineering, and technological aspects of the economy, national security, homeland security, health, foreign relations, the environment and the technological recovery and use of resources, among other topics.

Aneesh Chopra, who served as the nation’s first Chief Technology Officer under former President Obama, said he had hope for Kratsios’s nomination, adding: “I’ve had no conversations with him that make me think he’s partisan.” 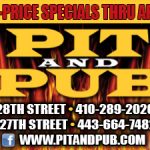