Trump to meet with tech execs on drones, universal broadband

Next up on the White House's tech agenda: drones and universal broadband.

As part of a weeklong tech summit, President Donald Trump on Thursday will meet with tech executives to discuss advanced wireless technologies and drones. AT&T CEO Randall Stephenson, Sprint CEO Marcelo Claure and CenturyLink CEO Glen Post will attend the meetings, as will executives from Verizon and T-Mobile, reported Reuters.

AT&T and Verizon didn't respond to a request for comment.

CenturyLink confirmed that Post and CTO Aamir Hussain will participate in the White House meetings. Sprint's Claure tweeted on Tuesday that he'd be attending the meetings. T-Mobile said "senior" executives would be at the White House summit, but didn't provide specifics.

In a media briefing Tuesday, White House Press Secretary Sean Spicer said the president will "see demonstrations of how these technologies will contribute to the 21st century economy and how the government can ensure that their safe adoption leads to the best possible outcomes for the American worker and American businesses."

On Monday, tech heavyweights including Apple CEO Tim Cook, Amazon CEO Jeff Bezos and Microsoft CEO Satya Nadella converged on the White House to discuss cybersecurity, updates to the government's computer systems, and future tech trends. Bezos reportedly called for the federal government to take advantage of commercial technology, and Cook acknowledged that the country has much work to do to modernize.

Trump concluded the meetings on Monday by stressing the need for a "sweeping transformation" of the feds' technology and admitting that government had to "catch up" to the private sector. 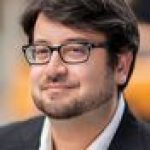 ‘Minority Report,’ 15 years on: The tech it got right and wrongUncategorized