President Trump touted the idea of a “smart wall” and “drones” at the United States-Mexico border during his Friday announcement to temporarily reopen the federal government without securing any funding for a border wall.

During an announcement where Trump said he would sign off on a three-week funding bill that includes no border wall funding, he touted using technological barriers at the border rather than “Medieval walls” from “sea to shining sea.”

The walls we are building are not Medieval walls. They are smart walls designed to meet the needs of front line border agents and are operationally effective. These barriers are made of steel, have see-through visibility … and are equipt with sensors, monitors, and cutting edge technology including state-of-the-art drones. [Emphasis added]

We do not need 2,000 miles of concrete wall from sea to shining sea. We never did. We never proposed that. We never wanted that because we have barriers at the border where natural structures are as good as anything that we can build. [Emphasis added]

Our proposed structures will be in pre-determined, high-risk locations that have been specficially identified by the border patrol to stop illicit flows of people and drugs. [Emphasis added]

Pro-illegal immigration groups, Democrats, and business-first Republicans often tout their support for “technology” and “drones” at the southern border.

Weeks ago, Rep. Nancy Pelosi (D-CA) said she supported a “virtual wall” made of technology and sensors, as Breitbart News reported.

“The positive, shall we say, almost technological wall, that can be built is what we should be doing,” Pelosi said.

Former Kansas Secretary of State Kris Kobach told Breitbart News this month that it is a border wall that stops illegal immigration, not technology and drones.

The technological barrier at the border plan was originally implemented by President George W. Bush and was canceled in 2011 by President Obama after not seeming to stop large flows of illegal immigration. 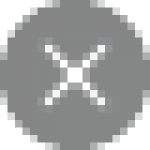