In the past year, rogue drones have caused major disruptions to Auckland and Wellington airports, they've come within 10 metres of the police Eagle helicopter and within five metres of a plane carrying 278 people. 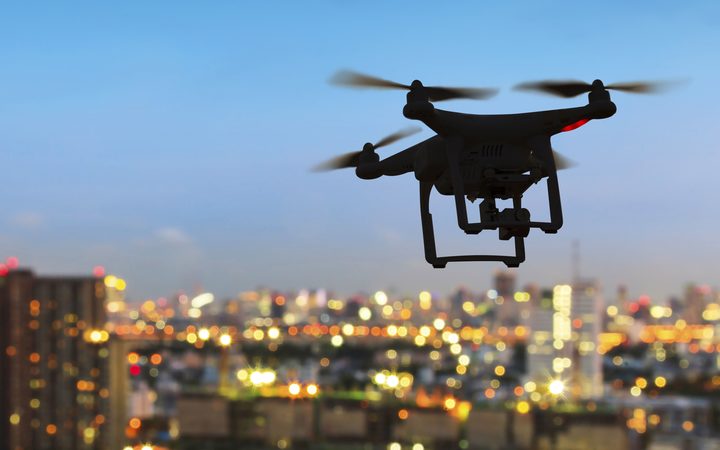 The aviation industry is looking into new methods for detecting drones and regulating their use.

It's calling for tougher rules for drone operators as it works to get ahead of ever-evolving drone technology and avert a mid-air collision.

"What that mean is these are … drones that are coming into controlled space near an airport that aren't registered and haven't applied for permission to come there.

"That presents a significant safety risk to the flying public."

The Civil Aviation Authority estimates there are about 280,000 drones in the country but only around 11,000 have been registered.

Perhaps tellingly, none of the illegal incursions at airports have been by registered drones.

Mr Fulcher said most airports around the world, including in New Zealand, are only able to respond these incidents once the offending drone has been physically sighted.

Airways is currently trialling new drone radars at Auckland Airport, which have so far proven successful.

"What we've seen so far is that they're clever enough to detect a drone versus a flock of birds and they're also clever enough to, in some cases, figure out what type of drone it is and also where the controller is that's controlling the drone," Mr Fulcher said.

Several new technologies were emerging to help authorities to get drones out of the sky.

"There's everything from lasers to guns to nets. They're even using using hawks in Switzerland to capture the drones.

"Shooting drones down, not only does it open up a whole lot of liability, but you can also put the public in danger. So our main focus is identification and once we have that nailed look at what other options we have for interdiction."

The rules were recently tightened in the UK after sightings of drones near the runway of Gatwick Airport last month disrupted or cancelled about 1000 flights.

Airways wants to see mandatory registration of drones and operator training, and additional powers for authorities to track drones.

However, the drone industry body, UAVNZ, argues that the current rules are tough enough – operators just aren't following them and they're not being adequately enforced.

"I don't think anyone's got the ultimate answer for it at the moment. But we need to sit down and try and find out what we can do.

"But if people are determined to break the rules then it's not easy to stop them."

Ministry of Transport spokesperson Melanee Beatson said potential regulatory changes were being assessed in response to the sharp growth in drone numbers, technological advances and new uses for drones.

"We need our regulations to keep up so we can maximise the benefits of advanced drones, used primarily for commercial purposes, while managing the risks associated with recreational drones and new users entering the aviation system," she said.

The ministry is leading work on a strategy to guide how drones can be incorporated into New Zealand's airspace, she said.