United Parcel Service Inc. is seeking approval to operate delivery drones under the same rules as a private jet service, unlocking the potential to carry health-care packages over long distances between hospitals.

The company is working with the U.S. Federal Aviation Administration to obtain Part 135 certification this year, a step toward freeing it from current commercial drone limits on where and how far its robot airfleet can fly. UPS is already earning revenue off health-care deliveries such as blood samples within a hospital campus in North Carolina, operating under the more restrictive rules.

UPS is among a growing segment of operators driving the rapid maturation of the commercial civilian drone industry. Regulators, under pressure to allow commercial expansion, are working with companies willing to commit the time and money to demonstrate they can operate safely, spearheading the expansion.

The FAA has been urging drone companies over the past year to become certified as small airlines, which means they must have proper training, maintenance and other safety protections in place.

UPS’s experience operating a cargo airline with almost 550 planes should help smooth the process of winning FAA approval, said Bala Ganesh, vice president of UPS’s advanced technology group. The courier is joining with dronemaker Matternet, which is seeking FAA certification of its M2 rotorcraft that already are making deliveries in Swiss cities, including Zurich.

“What we’re shooting for is getting to be a fully certified U.S. drone operator with no special exemptions,” Ganesh said. “This is no longer testing or story boarding. That year is over. Now we’re moving to deployment of a fully sustained model.”

Alphabet Inc.’s Wing LLC, a Google offshoot, was the first drone operator to receive Part 135 certification and other companies, including Uber Technologies Inc. and Amazon.com Inc.’s air division, are in pursuit.

There are major hurdles that remain before pilotless aircraft can fly routinely over populated areas or across long distances. The industry is grappling with how to create an air traffic management system for drones, and the government wants an identification system to prevent rogue operators from becoming a security problem.

UPS plans to roll out its drone delivery service first to U.S. hospital campuses, and then fly beyond the line of sight between health-care facilities, Ganesh said. By the end of 2020, UPS wants to be “fully scaled” for the health-care sector, he said.

“I’m sure the cost scale will go down over time and we’ll scale to other business applications,” Ganesh said. 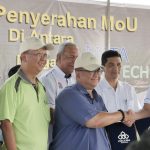 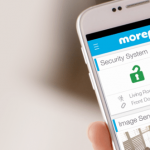