The Department of Homeland Security said it has no reason to question denials by U.S. technology companies of a report that Chinese spies had used a microchip to hack into American computer networks.

“At this time we have no reason to doubt the statements from the companies named in the story,” Tyler Houlton, press secretary for the Department of Homeland Security, said in an emailed statement late Saturday. The companies, including Amazon.com and Apple, have denied that their systems were compromised.

The infiltration of the computer systems, which stemmed from servers assembled by San Jose-based Super Micro Computer, was investigated as part of an FBI counter-intelligence probe, according to national security officials familiar with the matter. DHS may not be involved in such inquiries, several people familiar with them said.

Bloomberg Businessweek reported on Thursday that Chinese spies exploited vulnerabilities in the U.S. technology supply chain to infiltrate the computer networks of almost 30 U.S. companies, including Amazon, Apple, a major bank, and government contractors. Among the targets was a contractor that made software to help funnel drone footage to the Central Intelligence Agency and communicate with the International Space Station.

Investigators found that tiny microchips, not much bigger than a grain of sand, had been inserted during manufacturing in China onto equipment made by subcontractors of Supermicro. The San Jose, California-based company is one of the world’s biggest suppliers of server motherboards, the fiber-mounted clusters of chips and capacitors that act as neurons of data centers.

Investigators determined that the chips allowed the attackers to create a stealth doorway into any network that included the altered machines, according to people familiar with the matter.

Representative Adam Schiff of California, the top Democrat on the House Intelligence Committee, said Thursday that lawmakers are “seeking further clarification from the intelligence community regarding this latest report and will be reaching out to the companies affected.”

“The report that China sought to infiltrate the computer chip supply chain, if true, is deeply disturbing and the latest example of the lengths that Beijing will go to in order to steal America’s official and commercial secrets,” Schiff said in a statement.

Hootsuite looks to sell for at least $750 million 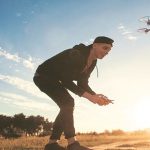