Do you own or know somebody who owns a drone?

Think about this past year — have you had experiences where you encountered a drone? Perhaps you are attending an outside public event, going for a walk or dining on an outdoor patio when you hear a continuous low humming sound. Somebody points to the sky and marvels or grumbles about these machines creeping up around us.

At first thought, drones may seem fun or intrusive depending on who you ask. But they should be regarded as a unique piece of technology that carries with it a high consequence of risk. The definition of a drone is a remote-controlled pilotless aircraft or missile. Alarm bells should be ringing for these flying hazards. With the rise of drone operation and resulting claims, agents and brokers should ensure clients obtain proper coverage.

Drone sales have seen growth in the last few years. The forecast from the Federal Aviation Administration (FAA) projects small model hobbyist usage to 2.4 million units by 2020 (“FAA Releases Aerospace Forecast,” 2018). That’s 2.4 million units by design to be utilized in an uncontrolled environment with no required training. Recently, the FAA Reauthorization Act of 2018 was signed into law, which provides limited conditions for hobbyist and recreational use, however, until the new legislation is reviewed for possible execution, recreational drone usage continues to go largely unchecked.

A typical drone-related claim might be an invasion of privacy or loss/damage to the drone itself. However, other scenarios that could lead to claims are:

New technologies like drones bring costly exposures and hazardous conditions that didn’t exist before. Insurance agents need to understand risks so they can educate customers and ensure protection with adequate liability limits. One misconception is losses that arise from drone activity are excluded due to aircraft exclusions. Be sure to check a policy’s exclusion and definition sections. A standard exclusion and definition under an ISO Homeowner policy are:

Bodily injury, property damage, or personal injury is excluded arising out of the ownership, maintenance or use of “aircraft” and “aircraft” is defined as any contrivance used or designed for flight except model or hobby aircraft not used or designed to carry people or cargo.

Typically, “model” or “hobby” is not defined in the policy. When policy words are not defined, the dictionary or legal definition is applied. The Merriam-Webster definition of “model” is a miniature representation of something. The Merriam-Webster definition of hobby is a pursuit outside one’s regular occupation, engaged in especially for relaxation. It is arguable that a drone falls within the exception to the exclusion since it is a miniature representation of an aircraft not designed to carry people being utilized outside one’s regular occupation.

An additional thought to consider is when drones have accessories to carry cargo. That brings a new element that could mean drones would fall under the exclusion. Cargo is typically not defined by a homeowner policy. The Merriam-Webster definition of cargo is the goods or merchandise conveyed in a ship, airplane or vehicle.

This article’s aim is to bring light from a claim’s perspective. Whether intent is to provide, limit or exclude coverage for operating a drone, awareness of the risks and coverages is the first step to manage these emerging hazards. 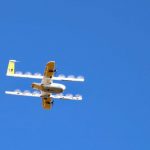 Can a group of angry residents in Australia take down Google’s drone delivery project?Uncategorized