Mohammed al-Zawari had been known locally as an aviation engineer interested in drone technology, but in fact, he had led a double life, heading a drone development project for the military wing of Hamas, the Qassam Brigades.

According to Al Jazeera Arabic's investigation by Tamer Almisshal, several parties were involved in a coordinated plot against al-Zawari, who up until his death was called 'Mourad' by many of those who knew him, including his wife.

Almisshal believes it has all the hallmarks of an extrajudicial killing by Israel's intelligence agency, Mossad, but these cases are notoriously difficult to prove and must for the moment remain speculation.

Al-Zawari first left Tunisia in 1991 as a dissident against the regime of Zine El Abidine Ben Ali. He managed to travel using a fake passport and worked in a military manufacturing installation in Sudan. He only returned home after the 2011 revolution that forced Ben Ali out of the country.

Shortly after his death, Hamas announced that the drone expert had worked for the Qassam Brigades for a decade. They credited him with developing the Ababeel drones used against Israel in Gaza in the summer of 2014.

"By the 2008 Israeli aggression against Gaza, the team had manufactured 30 drones in an Iranian military factory," according to a Qassam Brigades member going by the name of 'Abu Mohamed'. Another Brigades member, Abu Mujahid, says drones were important to them because "we can conduct it with precision against military targets and avoid civilians."

As well as building drones, al-Zawari did innovative research into remote-controlled submarines, as potential combat devices for the Qassam Brigades.

Israeli journalist Moav Vardi went to Tunisia to investigate the Zawari case. "It's not a criminal assassination by a gang, or a neighbour's quarrel," he says. "From what it seems, Israel has the interest and the ability to carry out such an operation."

There have been other alleged Mossad assassinations outside Israeli territory. For instance, Israel admitted responsibility for the 1988 killing of a senior Palestinian commander Abu Jihad, whose real name was Khalil al-Wazir, at his home in Tunis, Tunisia. Wazir was a friend and deputy to then Palestinian chief Yasser Arafat, who headed the Palestine Liberation Organisation (PLO).

Mossad is also alleged to have been behind the 2010 murder of Mahmoud al-Mabhouh in a Dubai hotel. He was the Hamas logistics commander for the Qassam Brigades; and of the Black September founder Ali Hassan Salameh, or The Red Prince, using a car loaded with heavy explosives in Beirut in 1979.

In March 2018, two men were arrested in connection with Zawari's murder, Croatian Alen Camdzic and Bosnian Elvir Sarac. In May, Croatia's highest court blocked Camdzic's extradition to Tunisia and Sarac was released after a Bosnian court refused to hand him over to Tunisia, saying there was no extradition deal between the countries.

Until the Tunisian authorities manage to extradite the two men, the case of the murder of Mohamed al-Zawari cannot begin to be resolved – whoever was behind it. 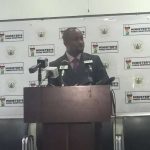