Why commercial drones haven’t taken off yet

If you’ve been worrying that drones would be filling the skies over your head, dropping packages off day after day at your neighbor’s house, leaving food on doorsteps or photographing your every move, you can relax a little. At least for now.

The hype over commercial drones is, so far, largely just that. One of the people who contributed to that hype was Jeff Bezos, the Amazon founder. In a “60 Minutes” interview in December 2013, he predicted that deliveries by drones could become commonplace within five years.

The fifth anniversary of Bezos’ prediction has come and gone, but widespread deliveries by drone are not yet a reality, neither by Amazon nor by any other company.

Regulatory thickets, technical complexity and the public’s skittishness have proved to be formidable hurdles. At a minimum, the unresolved issues include whether it is safe to allow drones to fly beyond a pilot’s visual line of sight, to operate at night and to fly over people.

But that doesn’t mean there’s likely to be a drone-free future. And maybe there shouldn’t be.

Test programs around the world that use the technology for lifesaving pharmaceuticals as well as for food and even coffee are attempting to prove that delivery by drones is not only safe, but efficient and environmentally sound.

Several companies, including Zipline, which is distributing blood by drone in Rwanda, and Swoop Aero, an Australian company that is dispensing vaccines and other medication on Vanuatu in the Pacific, are focused on medical needs.

Others are turning their sights on consumers, hoping drones can be part of the answer to helping small businesses compete with behemoth retailers — or even helping the big guys keep their competitive edge.

Ultimately, says analyst Colin Snow, whether for sunscreen or sushi, the “big question is whether it makes economic sense to do ‘last mile’ delivery by drone. Some studies say yes, while others say no.”

Chinese aviation administrators, for example, have already approved drone deliveries by the e-commerce giant JD.com and delivery giant SF Holding Co. But in the United States, it will depend on whether regulators eventually allow drone companies to have autonomous systems in which multiple aircraft are overseen by one pilot and whether they can fly beyond the vision of that pilot. Current regulations do not permit multiple drones per operator without a waiver. Operators like Wing, the drone-delivery company owned by Google parent Alphabet, have that capability.

But the immediate economic return isn’t clear yet. According to the chief executive of Wing, James Burgess, “scale doesn’t concern us right now. We strongly believe that eventually we will be able to develop a delivery service for communities that will enable them to transport items in just a few minutes at low cost.”

The company, whose drones can now travel round trip up to 20 kilometers — just over 12 miles — is participating in various stages of testing on three different continents. Its first pilot program is in a suburb of Canberra, Australia, where it is working with local merchants to deliver small packages, including over-the-counter medicine, as well as food. The Australian regulators have issued a permit to allow one pilot to operate up to 20 drones at a time with virtual oversight.

“We’ve tried to keep expectations to a minimum and stayed humble. We didn’t have a lot of preconceived notions,” Burgess said. The Wing drone is a hybrid that includes, yes, wings for horizontal flying, as well as miniaturized propellers — like a helicopter’s — that allow for hovering over a destination. Somewhat surprisingly, the most popular item ordered in the Australia pilot is coffee, which can be received — still hot — in as little as three minutes from the time the order is placed. 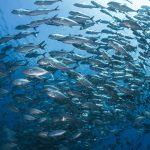 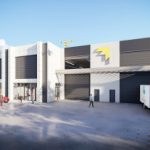 Ready for takeoff: Canberra drone base gets the green lightUncategorized