Drone Deliveries Probably the one you have heard of most, drone deliveries are so interesting because they cater to the need for instant gratification. From food deliveries to hungry golfers in the middle of play to essential medicines traveling large distances, this can have huge implications. Israeli company Flytrex’s drones can carry up to 3kg parcels, very quickly over short distances.
Airspace Sanitisation
Drones and airports don’t normally mix very well because of the dangers they pose to commercial airliners. However, engineers at Caltech have developed algorithms for autonomous drones that can drive away flocks of birds from in and around airports. Eventually, they plan to be able to deploy a group of drones to herd large flocks.
Making Waters Safer
Surfing and swimming is a way of life for many in Western Australia. Keeping waters safe becomes a lot easier when you have an eye in the sky – the bird’s eye view is quite effective in spotting sharks. A drone could first warn surfers & swimmers or use sounds of a certain frequency that drive the sharks away. A company called Surf Life Saving WA is leading the charge here.

Short Air Transit
Drones that can autonomously carry one or two passengers over a short distance have been developed by Chinese company Ehang. Other companies working on this challenge include Uber, Volocopter, Airbus and Bell Helicopter.
And More
Agriculture is a great use case. Farmers can calculate crop yields while insurers can calculate pay-outs much faster. 3D Mapping (photogrammetry) can be done much faster, search & rescue teams can find people faster.
Wildlife Conservation
Aerial wildlife surveys were the first logical step but drones are also surprisingly effective at monitoring endangered animals and catching poachers because of the amount of distance they can cover in a short while. For instance, the Air Shepherd initiative uses data analytics and mathematical models to catch Rhino and elephant poachers in South Africa.
Zero Risk Inspections
Rather than get humans to climb power lines and poles, drones can do a quick inspection with the linesman staying put on the ground. Latvian company Aerones is also using heavy-lift drones for firefighting and de-icing windmill blades. Aerones’ drones have up to 36 propellers and they’re called tethered heavy lift drones because they lift a power cable and water hose from the ground rather than use up the payload for batteries and liquids. Since they’re tethered, flying time is essentially unlimited.
An Aerones drone was also successfully tested for the very first skydive. An untethered drone lifted skydiver Ingus Augstkalns to almost 1100 feet from where he jumped using a parachute.
Border & Coast Patrol
The US-Mexico border stretches about 3200 kms, roughly 700kms of that is protected with a fence (typically in urban areas) while the rest is just flat land. US Border Patrol is testing drones in Arizona, Vermont and Texas and finding them useful in covering large areas of land which would normally take ages to drive through.
Meanwhile, UK-based Martek has a contract with European Maritime Safety Agency (EMSA) to deploy high-end UAV technology for maritime surveillance and pollution enforcement duties.
Read more ondrone legalisationunmanned aerial vehicleCaltechUber Cupdroneswildlife conservationBell Helicopter

Skylark Drones: From participating in intercollege competitions to designing drones for government agencies

Commenting feature is disabled in your country/region. Recommended For You 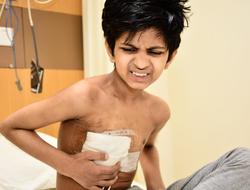 9-year-old cries in unbearable pain because of blood cancer 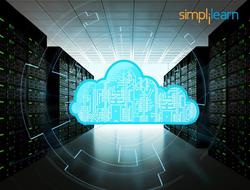 Master the skills of a Cloud Architect at Simplilearn