Its been about 15 years that drones are now available widely to the public for commercial purposes. With the rise of this new unregulated technology able to fly above our heads, it didn’t take long for the first incident reports to fly in as amateurs were picking up their drones from stores to fly almost immediately after purchase.

Many commercial opportunities came up, such as video surveillance, construction site overviews, aerial photography etc. Sometimes creating tensions with other regulated bodies. In 2006, the Federal Aviation of America (FAA) was one of the first Aviation Authorities to establish commercial permits for drone pilots to & has often served as a blueprint around the world.

Difficulties with keeping up

Countries have been given a hard time to follow up & stay ahead of this new & disrupting technology. For the best (& sometimes the worst), drone rules have evolved tremendously as the increased technological capacity of drones now allows obstacle avoidance, 4K filming or auto-pilot mode on the latest drone models.

Today, this results in an often uncoordinated approach between them, or even within countries, when states have their own say such as in Australia, for example. All this results in a sometimes complex puzzle for drone pilots to simply be aware of what the local rules in a given country are & how they apply to them.

Travelling with a drone is not as easy as it was, especially if you are heading to countries that do not speak your language. As rules are being set (sometimes in a rush), these are not always easy to find for visitors in the search for a simple, yet stunning aerial photo trip memory. In France, For instance, if your drone weights less than 800 g, then you will be free to fly for recreational use without registering your drone. However, a short weekend trip to Romania will end you registering your drone (if heavier than 500 g) & spend 114€ to be paid to the Romanian Aviation Authority for a tag to be implemented on your drone before being allowed to take off.

Drone pilots are not always conscious of this and can sometimes end in a tumultuous situation, if not simply being aware of the local drone rules. Unfortunately, as the number of drones available on the market increases, the number of inexperienced pilots comes with them creates some disruptions, such as the recent Gatwick Airport and Trident Junction incidents.

It is in this context that Paul Rawlingson decided to focus his work on helping drone pilots understand how to fly within a country by establishing the biggest Drone Rules Map. It is after a personal experience in Cambodia in 2018 where he got asked to restitute photos of a flight, despite asking for permission before taking off, that the idea of a Drone rules map first came to mind.

A year later, the map now references 120 countries’ drone rules with all official sources to redirect drone pilots to the right place when in need of a complete official update. But this map goes further, as Paul thought for the end user & tried to answer several questions based on his travel experience with a drone, including:

The Drone Rules map is the largest database of its kind made available for free to drone pilots wishing to get a first understanding of how things work overseas. The idea behind it being quite simple; you need to be aware of them to apply them.

One of the biggest challenges, as mentioned earlier, is the availability of a translated version so most drone pilots can refer to.

As the map reveals, this is not the case everywhere, with many countries of South America only having a Spanish version, for example.

After studying so many countries, Paul discovered some patterns between some regions of the world setting up some general trends.

South East Asia is one of the most welcoming parts of the world for regulated drone activity as a whole with the noteworthy Singapore city country having one of the clearest drone map available & a whole regulation sub-category for drone research activities.

On the other hand, North Africa is pretty reluctant to this new technology with most countries forbidding the simple import of a drone on their territories. To reflect this, the map has been labelled with a 3 colour scheme based on the amount of work/preparation drone pilots will need to do prior to taking off in a given country:

Depending on if a drone pilot intends to fly for recreational or commercial use, different rules will also apply. Many countries require drone pilots to have a license, register & have insurance in order to carry out any type of commercial drone activities.

Some of them will even ask you to cooperate with a local entity to be able to fly for commercial reasons. This is the case in many African countries. To help answer these differences, a second map has been created for commercial needs.

As the study carried on, some sub-questions about travelling with a drone were also unveiled. It appears, drone pilots also need to worry about their transport means, as not all airlines accept a drone in a carry on bag for example.

It is on a recent trip of his own that Paul discovered that Emirates is one of these special rule makers. Where most European airlines will accept your drone as cabin luggage, The Emirates requires its passengers to place it in their checked luggage.

Insurances are also a common question for drone pilots to ask themselves when travelling with their drone, as it might well be compulsory in some countries or based on the type of activity they wish to undertake. These thoughts have also been answered within the Drone Rules Map.

One of the biggest challenges of such a resource is to keep it up to date… Today, Dronemade works with the help of its members & visitors taking their share to update the map when a drone regulation in their country comes up – or has been updated – for example.

The community welcomes 200 drone pilots from 27 nationalities exchanging & keeping up to date the Drone Rules Map for others to enjoy when coming to visit them.

Whilst they all understand this is not an official source, the idea is not to replace them, but to make them more visible & understood. This is why you will find below each country’s post the sources to the official links & body regulators.

Until countries understand the need for a unified and clear approach for drone owners living onsite or not, these kinds of communities will remain one of the best ways to keep in touch with regulation.

With the upcoming European common drone regulations around the corner, we can hope that a little more unification & clarification will come in shortly. When asking Paul when will he stop, he replies to us; “as long as there is a need & this map is useful to someone, he will continue…”

We wish him all the best in his ambitious project.

If you wish to join the community & help to maintain this unique resource, you can do so here.

This article is exclusively written by Dronemade for Norway Today. Dronemade is by, and for, drone enthusiasts everywhere. They have just completed the most comprehensive, regularly updated, drone rules’ map in the world. All available online. 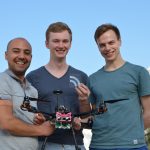 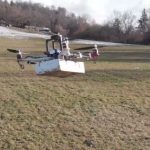