The US online giant has kept its programme under close wraps, barring release of a video clip in 2016.

But the Mirror recently snapped test flights at a base in the Cambridgeshire countryside.

The company, which insists it aims to use drones to deliver packages in 30 minutes, has refused to allow journalists access to the test site.

In 2013 boss Jeff Bezos – the world’s richest man – predicted drone deliveries within five years saying: “I know this looks like science fiction, it’s not. Could it be four, five years? I think so.

“It will work and it will happen and it’s going to be a lot of fun.”

But that deadline has passed and the airlifts have yet to get the go-ahead in any country.

A major stumbling block is safety with fears over what happens when the craft are out of sight of the operator and how they are able to avoid other objects in the sky.

Drones are also under scrutiny after last month’s shutdown at Gatwick Airport and this week’s temporary closure of Heathrow.

It is likely that the engineers spotted by the Mirror are working to ease fears over safety concerns, as well as work on battery life.

One expert said: “If you have to recharge them every other hour, then you need so many drones and you have to orchestrate that.”

The Civil Aviation Authority said Amazon was yet to apply for approval of the technology.

It added: “The law says you can’t operate a drone beyond the line of sight of the person controlling it.”

But Miya Knights, co-author of a book on Amazon, believes its drones are not marketing hype, as some have claimed.

Miya believes they are more likely to be used in less built-up areas.

She also questioned whether people would want drone drop-offs, and thought they could be theft targets when they land.

Another fear is that an army of drones will do away with the need for delivery drivers, with huge job losses.

Another expert said humans also had an advantage over machines: “They know where customers live and which doorbell to ring. To program that in IT is not that easy and not cheap.”

Amazon already uses robots extensively in its warehouses to move products around. The company claims that they are not designed to replace human workers.

Other experts insist drones in general will be big business.

And Amazon insists it is serious about its drone delivery programme, saying: “One day, seeing Prime Air vehicles will be as normal as seeing mail trucks on the road.” 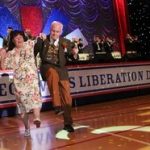 Drone users will have to sign up to registerUncategorized 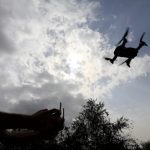 As the popularity of drones explode, so do risks to airplanesUncategorized