Chinese combat drones are reportedly headed to Europe for the first time, highlighting China's growing presence in an important part of the international arms market as countries around the world look more closely at unmanned systems for warfighting.

Serbia is expected to take delivery of nine Chengdu Pterodactyl-1 (Wing Loong) drones within the next six months, and there may be a follow-up order of 15 more, Stars and Stripes reported Tuesday, citing local media reports and officials.

The outlet said that this move "marks Beijing's most significant foray into a continent where armed forces have traditionally relied on US and European weapon-makers."

Serbia expressed interest in acquiring Chinese drones for its military last year, Defense News reported last September. Serbia has said that it intends to purchase weapons and military equipment from multiple suppliers, to include China.

"This (sale) will greatly strengthen the Serbian military, which will gain capabilities it has not had in the past," Serbian Defense Minister Aleksander Vulin said in an interview with state media Tuesday, Stars and Stripes reported. A military analyst in Belgrade explained that "the Chinese have very good pilot-less aircraft, probably second only to the United States," adding that "they obviously copied some American systems (but) Chinese drones are very effective and very cheap."

The Wing Loong combat drones look a lot like the US military's MQ-1 Predator and MQ-9 Reaper drones. They have been sold to several countries across the Middle East, as well as parts of Central and South Asia, and have even seen combat.

Sam Brannen, an expert with the Risk and Foresight Group at the Center for Strategic and International Studies, told Defense One last year that the Chinese have essentially "given the world a 'Huawei option' when it comes to next-gen drones."

"It's a far cry from what the US or Europeans would offer, but it's going to be on the market for sale," he added.

And, many countries, especially those which have faced challenges acquiring this technology from the US due to tough export restrictions, are buying Chinese drones. China has sold a number of drones across the Middle East, to include not just the Wing Loong, but also other models like the Caihong (Rainbow) series which the producer calls "the most popular military drones in the world."

By exporting unmanned systems, even if the Chinese drones offer only technological similarity rather than parity to US systems, China moves up the ladder in the international arms market, potentially opening the door to new transactions on other systems, defense deals, and possibly even greater global influence.

China, according to Chinese state media reports, has already signaled a keen interest in exporting some of the stealth drones it is developing. 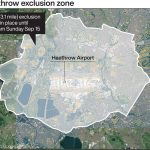