BENGALURU: For the first time at Aero India, drones designed by participants from different companies and countries will be seen in action during various competitions organised as part of the premier air show.

The contests in the Drone Olympics are expected to be major crowd-pullers at the biennial event. Three events will be held as part of the Drone Olympics during the five-day spectacle at Yelahanka Air Base, scheduled to be held from February 20 to 24, according to the Aero India website.

“It will also assess its reconnaissance and camouflage abilities under various conditions,” the source said. The supply drop event will have drones competing to showcase their GPS-based tracking technologies — used both by the military and various product delivery companies.

“Among these events, formation flying challenge will be the most attractive, as teams will have to precisely manoeuvre past various obstacles while remaining in the formation. This will be the most challenging event where synchronisation between drone pilots will be crucial to pull off a successful sortie,” sources said. 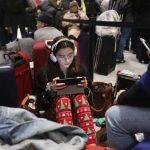