Indigenous anti-radiation drone to be exhibited at TADTE – Tech 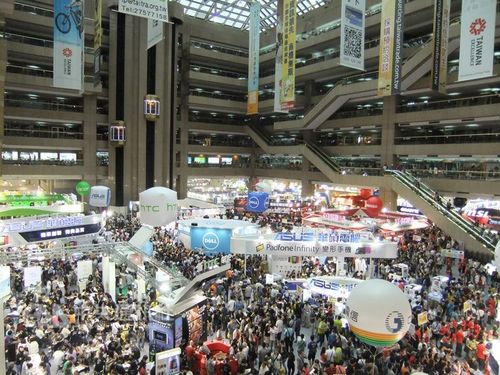 Taipei, Aug. 9 (CNA) Taiwan's indigenous "Jian Hsiang" (劍翔) anti-radiation drone, which has the ability to destroy radar stations and S400 missiles along China's coastline, is expected to be displayed at the upcoming Taipei Aerospace and Defense Technology Exhibition (TADTE) in Taipei.
The 2019 TADTE, highly anticipated by the industry and the public due to accomplishments announced by defense-related institutions in Taiwan over the past months, will be held Aug. 15-17 at the Taipei World Trade Center Exhibition Hall 1.
A military source told CNA that the National Chung-Shan Institute of Science and Technology, Taiwan's primary research and development institution overseen by the defense ministry, will display the drone.
The Jian Hsiang, first exhibited at the 2017 TADTE, is a combination of a drone and an anti-radiation missile that has a range covering China's coastline. It can detect and attack radar emitters in enemy weapon systems and can counter China's S400 anti-aircraft missiles.
Aside from the Jian Hsiang, its launcher and the vehicle on which the launcher is mounted will also be exhibited, the source said.
Also to be exhibited in the event are new versions of the "Teng Yun" (騰雲) medium-altitude long-endurance drone, the prototype of the "Cloud Leopard M2" armored vehicle and models of various advanced jet trainers, the Hsiung Feng III supersonic missile and the Tien-Kung III surface-to-air missile, he said.
The public can also tour a "time tunnel" of Taiwan's indigenous fighter plane program, a joint operational command system area, a military-civil multipurpose technology area, a simulation area and a defense recruitment area at the exhibition, the source said.
(By Matt Yu, Elaine Hou and Emerson Lim)
Enditem/J